Most of synthetic circuits developed have been designed by an ad hoc approach, using a small number of components (i.e. LacI, TetR) and a trial and error strategy. We are at the point where an increasing number of modular, inter-changeable and well-characterized components is needed to expand the construction of synthetic devices and to allow a rational approach to the design. The use of interchangeable modular biological parts to create a set of novel synthetic devices for controlling gene transcription calls for the development of mathematical models of the modular circuits. Model parameters can be identified by experimental measurements from a subset of modular combinations. The parameters identified then hopefully allow the prediction of the behavior of networks not included in the identification procedure. The use of independent and well-characterized biological parts and mathematical modeling, what is called a bottom-up approach to the construction of gene networks, can thus allow the design of new and different devices re-using the same modular parts. 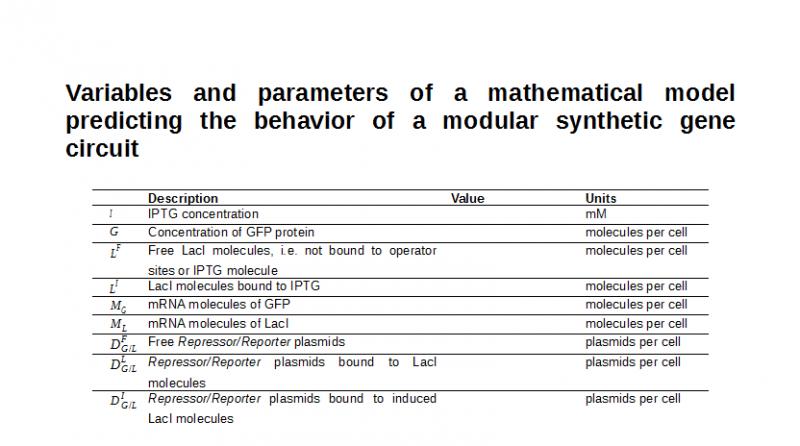 (MD; PhD in Biochemistry) is a biomedical scholar active at the University of Bologna. His present area of research includes epigenetics and synthetic biology as regulators of gene expression, and tissue engineering for regenerative medicine.