Cardiac mathematical models have gained a relevant role in the investigation of cellular electrophysiology, and several models have been developed to describe the origins of the human cardiac action potential. Variations of electrolyte concentrations in the extracellular fluid, especially for Ca2+ and K+, have a crucial role in the action potential modulation and can lead to arrhythmias onset. However, the available human action potential models were developed with constant electrolyte concentrations, and fail to simulate physiological changes induced by electrolyte variations, such as variations in the duration of repolarization induced by changes in extracellular Ca2+.

We developed a novel human ventricular model able to simulate the inverse dependence of action potential duration on extracellular Ca2+, while also retaining the well-reproduced properties of previous models. We also evaluated the ability of the model to reproduce cardiac abnormalities such as early afterdepolarizations, occurrence of alternans and delayed after-depolarizations at fast pacing. This new model expands the domain of applicability of cardiac cellular models, by adding the possibility to consistently simulate in vivo conditions, where the Ca2+ concentration is significantly lower than that used in in vitro experiments, and to explore changes in ventricular electrophysiology induced by pathological changes in Ca2+ concentrations. 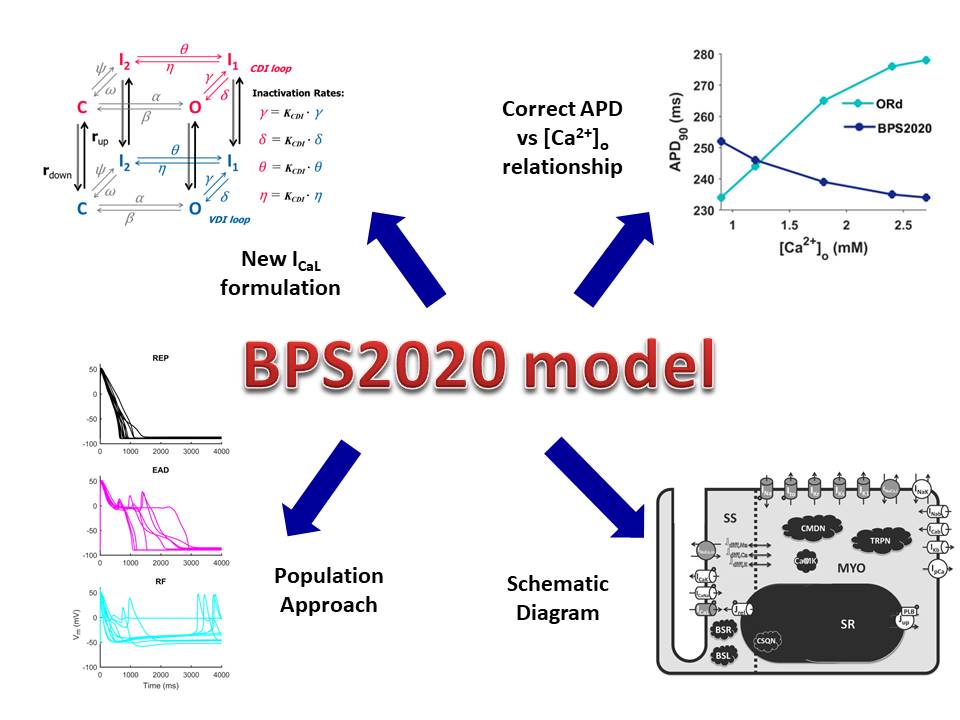